Landlord investors at Crown Group’s latest master-planned community, The Grand Residences in Eastlakes, are achieving record high rental returns due to an unprecedented influx of renters into the area since the start of the year.

Crown Property Agency, Crown Group’s property management division which manages all rental properties for investor purchasers, has found investors at The Grand Residences are reaping the rewards of achieving rental yields close to four per cent due to the tight rental market that Sydney is currently experiencing with ultra-low vacancy rates sitting under two per cent across the city.

The developer completed stage one of the dual-staged development in January this year comprising 133 apartments and a 15-retail outlet shopping centre anchored by a larger format 1600sqm ALDI and a Woolworths Metro. Settlements are now complete and new tenants and apartment owners have moved into their new homes.

Crown Property Agency Director, Anthony Caudullo said: “The Grand Residences is one of the first brand new completed residential communities in Eastlakes for some time, so there’s pent up demand for high quality rental properties.

“This is fantastic news for investors who are seeing rents returned to pre-Covid levels. Q1 2022 saw rents increase between eight per cent and 12 per cent across the apartments we manage in Sydney. Apartments at The Grand Residences are achieving rents of $580 per week for a one bedroom plus study/media room, $775 per week for a two-bedroom and up to $1,080 per week for a three-bedroom apartment which we believe is a record for the suburb,” he said.

“Days on the rental market has dropped from six weeks during Covid down to 12 days on average this year; indicating the market in Sydney’s eastern suburbs is particularly hot at the moment.”

“The Grand Residences has attracted young professionals from outside the immediate area from areas such as Mascot, Rosebery, Waterloo and Zetland which is uncharacteristic for this area. They have been attracted to the premium quality of the apartments with car spaces, amazing amenities, a ground level shopping centre and location close the city as well as the eastern suburb beaches,” he said.

“Demand in the area was initially driven by returning international students before the universities opened up. Now interest remains so high, we actually have a list of tenants wanting to move into The Grand Residences.”

It’s quite apparent that The Grand Eastlakes precinct will significantly transform the suburb of Eastlakes, creating what is being dubbed ‘Sydney’s new east’ – a $1billion thriving, vibrant, sophisticated lifestyle precinct.

Developed on both sides of Evans Avenue in the heart of Eastlakes, the dual-staged master-planned urban renewal project comprises 490 world-class luxury apartments designed by acclaimed tier one architecture practice, fjmt with two retail precincts on both sides of the project.

Stage Two, located on the south side of Evans Avenue, consists of 357 apartments positioned above a sprawling 13,000 sqm three storey ultra-modern shopping centre, designed by Buchan Group, featuring 80 high-end and convenient retail outlets including a full line Woolworths and a contemporary, community town centre including a medical centre and public library. A new eat street will offer an array of exciting restaurant and dining options alongside apartments set across five high-rise buildings.

Mr Caudullo said tenants have also been attracted to Crown Group’s signature resort-style facilities including a swimming pool and rooftop dining area which has spectacular views of the CBD and Botany Bay; as well as the convenience of living right above a brand new shopping centre and only minutes from Sydney’s Maroubra and Coogee beaches.”

Among the string of highly coveted industry awards that Crown Group has won for its slew of iconic mixed-use projects, The Grand Eastlakes was awarded the 2013 UDIA NSW & ACT Awards for Excellence for Concept Design. 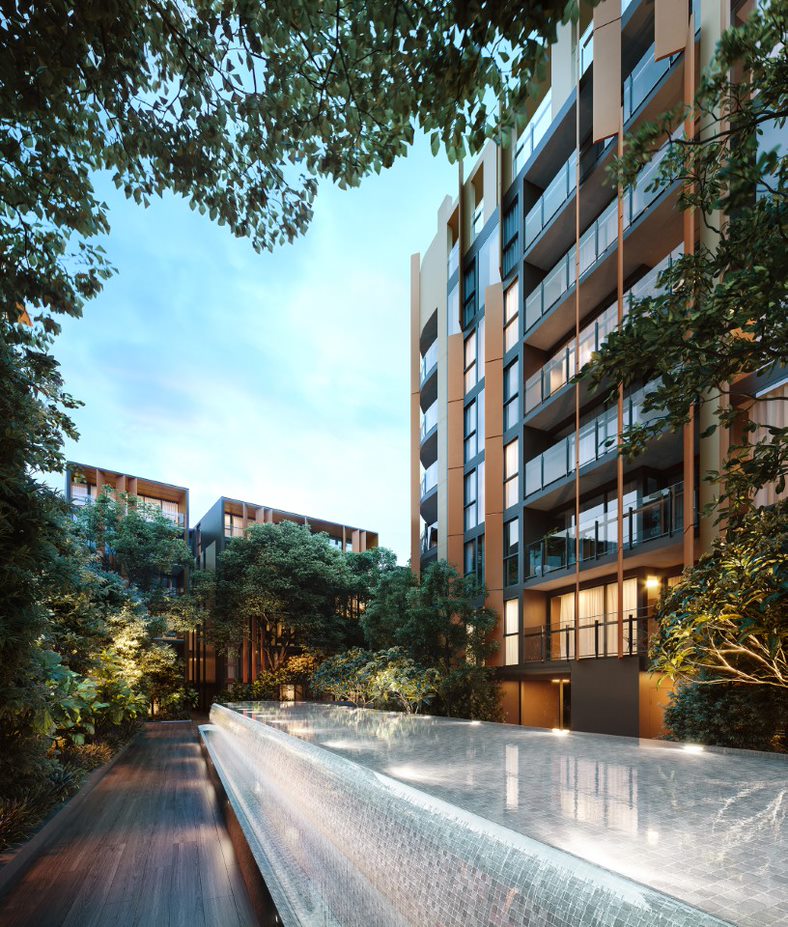 Apartments at The Grand Residences are currently selling between $1,060,000 for a two-bedroom apartment with car space to $1,500,000 for a three-bedroom apartment with car space. The final release of apartments of Stage One is coming soon. The display centre is open 10am to 1pm Tuesday, Wednesday, Thursday, Saturday and Sunday at 19a Evans Avenue, Eastlakes.